London, UK Monday 27th September 2021 – The SmartCitiesWorld Advisory Board today announced that more than 350 cities and organisations have now signed the Smart City Sustainability Charter, an open letter calling upon Governments at Cop26 to adhere to 10 guiding principles in their final agreement. While covering only 3 percent of earth’s surface, cities consume 78 per cent of the world’s energy and produce more than 60 per cent of greenhouse gas emissions – making city leadership critical stakeholders in the future effective management of the climate crisis.

The Charter has been signed by cities and organisations from around the world, with signatories including the Cities of Amsterdam, Edmonton, Johannesburg, Lisbon, Philadelphia, Quebec, São Paulo, and Stuttgart, as well as international organisations such as Signify, Resilient Cities Network, WeGO (the World Smart Sustainable Cities Organization), and Leading Cities.

Paul Wilson, Chair of the SmartCitiesWorld Advisory Board, said: “Ahead of the Cop26 meeting in Glasgow next month it is vital to highlight the critical role cities will play in helping to solve the climate crisis and to mitigate its effects in the most densely populated areas. Time and again, we have seen governments make pledges on behalf of states, yet it falls to cities to deliver on these pledges. Cities account for 55% of the world’s population today, growing to 68% in by 2050. The principles we have proposed today alongside our city partners will help us all in the move towards net zero carbon emissions, while also immeasurably improving lives around the world.”

Michael Lake, CEO of Leading Cities, said: “Nations are failing to meet the goals they have set for themselves to combat climate change. Climate change cannot be effectively addressed without the world’s cities. With more than half of the world’s population residing in cities, municipal leaders are responsible for ensuring their constituents are able to live long and healthy lives. The principles contained within our open letter can provide the resilient and equitable foundation that our urban centres must build on to achieve urgent climate action goals. Cities will need the full backing of central governments to complete the urgent objectives the world is depending on.”

Lauren Sorkin, Executive Director of the Resilient Cities Network, said: “City leadership is mission-critical to advancing solutions to the climate crisis. It’s cities who are on the front lines of delivering the results necessary to meet net-zero targets and, critically, to build up the equitable and adaptive systems so city dwellers can thrive, no matter what shock or stress they face. We already know how to get this done. Cities with appointed Chief Resilience Officers are in an optimal position to advance the systemic action necessary to build urban resilience.”

For more information about the Smart City Sustainability Charter and its signatories, please visit https://www.smartcitiesworld.net/cop26/cop26-charter

Have something to add? Share it in the comments. 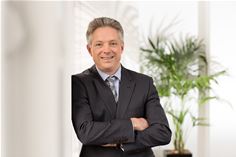 Hilton Hotel Had Been Monitoring My Husband Before He Was Killed – Wife Of OAU MBA Student, Adegoke

Hilton Hotel Had Been Monitoring My Husband Before He Was Killed – Wife Of OAU MBA Student, Adegoke